Trying to make it to ‘The Show’

Checking in on players from the area who are playing for MLB affiliated teams in the minor leagues. 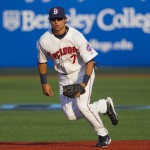 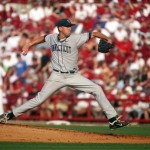 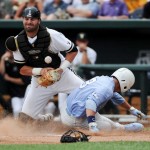 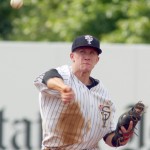 LJ Mazzilli (Greenwich).  A fourth-round pick of the New York Mets in the 2013  MLB draft out of UConn, Mazzilli is enjoying a very impressive season. The second baseman hit .292 in the South Atlantic with 7 home runs and 45 RBI before earning a promotion to Port St. Lucie of the Florida State League. In 56 at-bats, Mazzilli is hitting .286 with 2 home runs and 9 RBI.

Matt Barnes (Bethel) The first-round pick of the Boston Red Sox in the 2011 MLB draft has quickly risen up the ranks of the organization. The former ace of the UConn Huskies is pitching for Pawtuckett (AAA) where he’s posted a record of 3-6 with an ERA of 4.85 in 65 innings.

Tom Milone (Monroe) Milone was taken by the Tampa Bay Rays in the third round in 2013 out of Masuk High School. Milone is currently playing for the team’s affiliate in the Appalachian League. He’s hitting  .339 in 65 plate appearances.

John Murphy (Sacred Heart) Murphy was picked by the New York Yankees out of Sacred Heart in 2013.  He’s playing in Charleston S.C. for the team’s Class A affiliate in the South Atlantic League. In 54 games, Murphy is batting .278 with no home runs and 13 RBI.

Zach Albin (Bethel) A right-handed pitcher, Albin was the 601st player taken in the 2014 MLB draft by the Baltimore Orioles. Albin starred at UConn-Avery Point after attending Bethel High School. He’s currently pitching in the Gulf Coast League where he has a 6.35 ERA in 5 innings of work.

David Speer (Westport) The former Staples High School star was drafted in the 27th round by the Cleveland Indians out of Columbia. The left-handed pitcher is playing for Mahoning Valley, Cleveland’s affiliate in the New York-Penn League. Speer has appeared in four games posting an ERA of 3.86.

Dan Paolini (Stratford) The former Bunnell standout is currently playing for Jacksonsville, Seattle’s AA affiliate in the Southern League. Paolini is batting .257 in 245 at-bats with 4 home runs and 34 RBI. 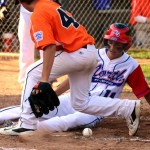 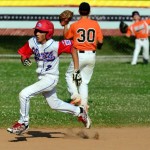 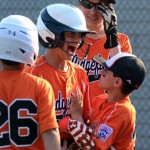