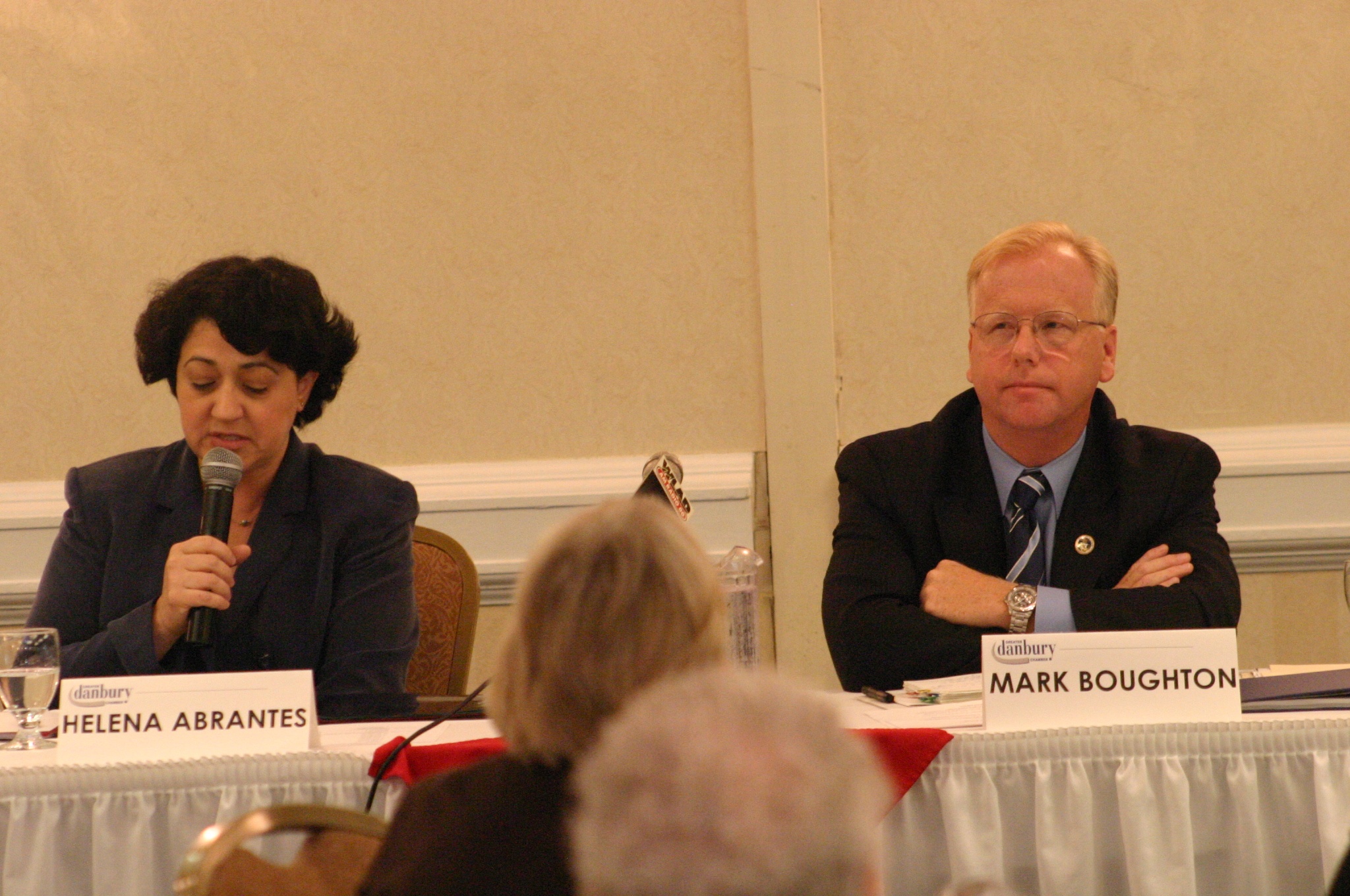 Helena Abrantes comments on allegations that Boughton misled the public about city’s role in the ICE raid at Kennedy Park. 2007 Chamber of Commerce Mayoral Debate. Photo by CTBlogger

This past week, I had the opportunity to interview 2nd Ward Democratic City Council candidate Helena Abrantes and talk to her about her campaign. For those who don’t recall, Abrantes was the 2007 mayoral candidate who faced off against Mark Boughton during a time when the mayor was under fire for comments he made regarding the city’s role in the immigration raid at Kennedy Park (more commonly known as the Danbury 11 case).

Although Boughton stated repeatedly that Danbury played no role in the ICE undercover sting operation against day laborers, during her run for mayor court documents showed that Danbury Police did played a significant role in the raid.

Four years after her run for mayor, Abrantes gave her thoughts on the case including what we learned from Boughton’s deposition as well as the city’s decision to settle the matter.