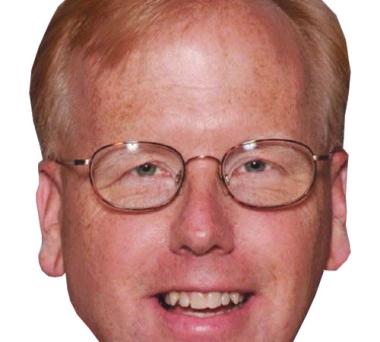 Mayor Boughton is a real piece of work!

UPDATE 9:00 PM: I must give credit where credit is do and I’m glad to update my readership that Mayor Boughton did the right thing and showed up at the opening night festivities at the film festival. While I do applaud the city’s top elected offical in stepping up and making his presence known, my opinion regarding his lack of fully promoting one of the state’s largest festivals remains unchanged.

The city of Danbury must do a better job in promoting th CT Film Festival as it’s a win-win for the downtown area. I’ll elaborate on this topic in a later post.

Last week, Danbury’s fearless dictator mayor agreed to appear on the local access show The Marty Heiser Show on Comcast Cable (full disclosure: I served as producer, director and guest host of the Marty Heiser Show, formerly know as Ideas at Work and Beyond, from 2006-2011).

There’s just one problem…tonight just happens to be the opening night of The Connecticut Film Festival, one of the largest film festivals in the state that has a direct and positive impact on a downtown Danbury that’s in desperate need to revitalization.

With the opening night’s festivities include Matthew Modine’s film “Jesus Was A Commie” as well as a screening and panel discussion of the movie Confidence Game, one has to wonder why Boughton would skip fully attending all tonight’s festivities in exchange for answering soft-ball political questions on a right-leaning local access TV show…well past statements regarding the festival from Boughton might provide a clue.

Boughton’s disdain for the festival can be charted back to last year when the CT Film Exe. Director Tom Carruthers hinted that he would move the event due to the lack of support from the city.

Less than a day after the Connecticut Film Festival called this year’s event a wrap, the event’s founder saiyd he’s talking with other places about serving as host city for the mayin program.

“We can’t produce the main event in Danbury if the city isn’t supporting it,” film festival Executive Director Tom Carruthers said Monday. “At the end of the day, I think the city is missing an opportunity to leverage what we’ve put together.”

Mayor Mark Boughton said if Carruthers wants to move the main event that’s his choice, but the city can no longer provide financial backing.

“The fact is the city put $180,000 into the festival in the past three years and we saw a diminished attendance,” Boughton said. “If someone else wants to put up the same resources, God bless them.

It’s one thing not to put up financial backing for the festival (which was an unwise move given the positive economic impact the event has on the downtown area), it’s another thing for the mayor to fail to acknowledge the event’s existence both online and during his public appearances.

For example, here’s Boughton during this month’s City Council meeting reading his list of acknowledgements and events happening in Danbury for April…note how he fails to acknowledge the BIGGEST FILM EVENT IN THE STATE that happens to be in Danbury.

Since Boughton thinks going on a political show with a fellow Republican who will ask him softball questions is a good thing, since the show is a LIVE call in show, why don’t you give the mayor a piece of your mind about skipping the festival for political purposes.

While your at it, here’s a list of questions you can also ask the mayor (since he refuses to come on the show while I’m on the set).