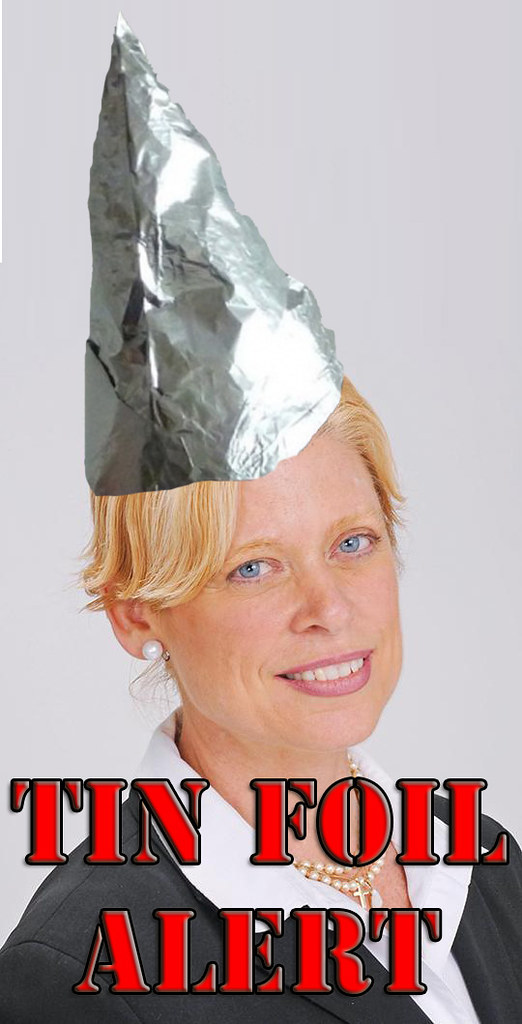 Let me get this straight…this person was the Republican’s choice for ATTORNEY GENERAL in 2010? 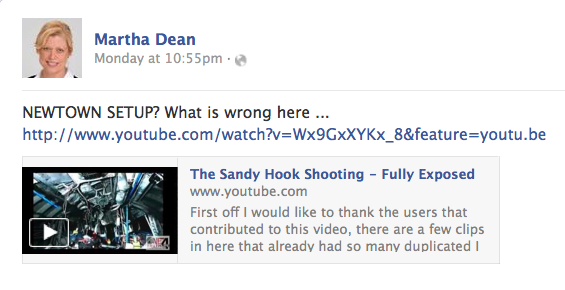 Go to Martha Dean’s Facebook page. That will be the only time you read that sentence on Daily Ructions. Dean, the 2010 Republican nominee for Attorney General has since Monday appeared to use her Facebook page to boost the vile conspiracy vultures gathering over Newtown’s Sandy Hook elementary school. A few minutes watching the video that Dean links with a “NEWTOWN SETUP?” lead in will give you a feel for the toxic content.

Out of respect for the victims of the Sandy Hook tragedy, I won’t post a link to the offensive video that caught the attention of Dean…but I’ll show you a disclaimer Youtube added to the clip.

Regardless of your political preference, everyone should be outraged over the content of this disgusting video.