Been there, done that

To mark President Obama’s second inauguration, I decided to re-post my write-up on my trip to the President’s first inauguration (which, in terms of the weather, was by far the coldest day of ALL TIME).

From hanging out with other progressive bloggers from across the country, to somehow sneaking my way to as close as the public could see the inauguration ceremony, I will never forget the my experience in D.C. on that faithful day. 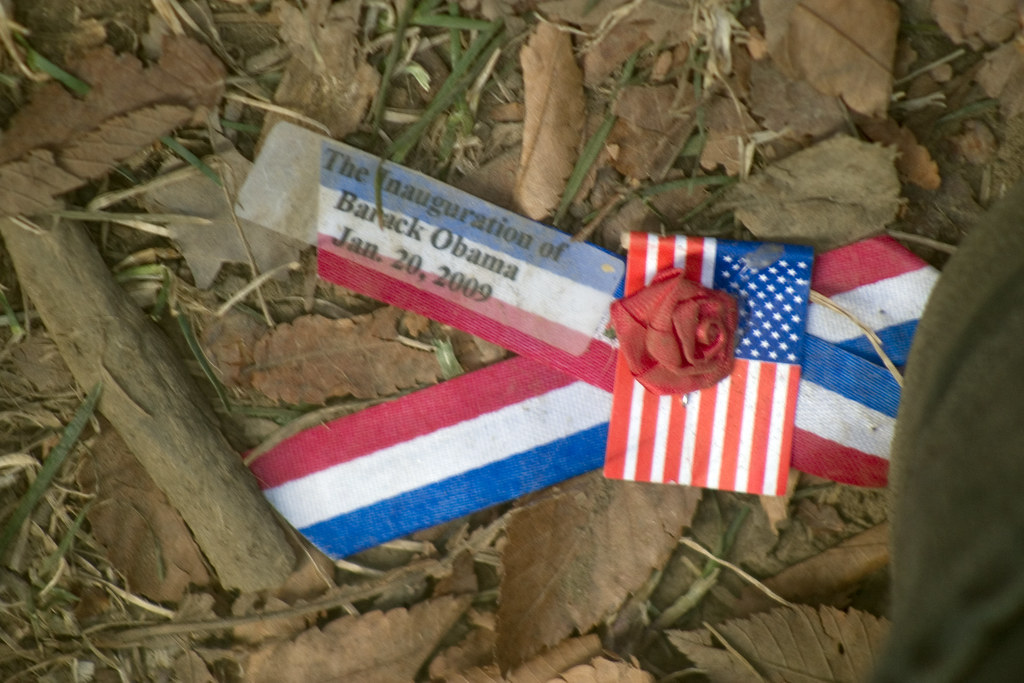 Since this day marks President Obama’s 100th day in office, I decided to FINALLY do a post on my experience in DC during the inauguration.

From meeting other bloggers from Connecticut, and viewing the ceremony from about 300 yards away without a ticket (somehow, I benefited from the security breakdown and being at the right place at the right time), to the incredible bitter cold temperature and being sick for the next week, going to DC to see Obama get sworn into office is a moment I’ll cherish forever.
Here’s the write-up 10:15: Boarded the train in Brewster NY and I’m on my way to Grand Central Station. It’s been a while since I’ve been on the Metro but going to the city is much easier coming form Danbury on the Harlem Line as opposed to the New Haven Line. 11:30: Arrived at Grand Central Station early. Plenty of time till I have to head over to Penn Station to jump on my train to DC. 12:45 Made it to train station…whatever you do, NEVER EVER buy a Nathan’s hotdog at Penn Station…I think I’m going to be sick.

12:50 Just got a call from a friend of mine who can’t make it to DC and has two tickets for the swearing in ceremony. Might get to see Obama’s get sworn in up and close.

1:00: Just got word that my train is 15 mintues late…Grr! Should have paid the extra cash and taken the Acela (bullet train).

1:05: Found a Holihans and decided to have a beer while I wait. Attempted to use the so-called “Free WiFi” at Penn Station but it sucks (which probably explains why everywhere I turn, I see someone browsing on their iPhones. Shit, now train is scheduled to be 45 minutes late…guess I’ll be having another beer.

2:15: My train finally arrives and I’m off to DC. Train is FULL of Obama supporters who are excited for the big event.

5:30: Delays, delays, delays…what started out as a quick trip at the start of the journey is turning into the lonest train ride to DC EVER. 6:45: Make it to my friend’s place near Howard Univ where I’m going to stay for the next couple of days. Quickly unpacked, got dressed, and ran out the door to head over to the Netroots Nation gala.

7:45: Make it to the Netroots Nation gala. I probably know most of the bloggers in attendance by their writings but I couldn’t point out most of them…that’s blogging for ya I guess. Caught up with bloggers from Connectiuct that I knew (Maura, Charles, Milessa, and Gabe and I feel much better because I don’t have to say “Hi, I’m ctblogger”.

11:00: Party is winding down so I’m calling it a night, jump on the train back to Howard Univ and get ready for an early morning tomorrow. 7:45: Did the double layered dress up thing, ran out the house, and I’m now just waiting on the train… 8:00: Wow, this train ride from Howard University to the Capitol is taking a LONG time. Lots of delays due to the numbers of trains taking people to the big event. 8:15: Made it to the L’Enfant plaza stop and I’m freaking out over the amount of people who are trying to exit the station. (photo) 8:30: Only moved about 50 feet and everyone is being pushed in one direction. People chanting Obama, Obama! 9:15 Make it out of the train station (No seriously, it took ONE hour to get out of the station). Now I have to make a choice on whether to walk to the Capitol and take a chance or walk with everyone else and go towards the Washington Monument. Since I’m alone, it’s worth the attmept to get as close as I can to the ceremony and see what happens. 9:30: Made it to the corner of Independence and Third and took my first picture of the Capitol. I think this is about as close as I’m going to get to the festivities (boy, I was wrong).

9:45: Was thinking “let me just walk up to the securtity gates at the restricted ticket area and see what happens. Securtity checked me for everything I had on me (which was a lot of stuff) and afterwards asked me to hurry up and walk in. No pass, no ticket, nothing and he just let me in! 10:00: Holy sh*t! I’m in the ticket only area. Got someone to take a picture of me posing in front of the Capitol to prove to people where I was standing. What an amazing site to see SO many people in every direction. 10:15: Oh my GOD! Seciurity just opened a gate and allowed people to move FORWARD! I’m getting closer to the Capitol…a LOT close (the pics above should give you a better understanding in terms of how close I was to the action…and I was still moving closer).

10:30: Decide that I’m close enough and didn’t need to go any further. Found out that I’m in an area called the “purple section” and people around me are telling me how security really messed things up by allowing us to be here (no one had a ticket)

11:00 Weathter is proving to be very difficult on all of my equipment…in fact, this has to be the coldest day of all time! Everything is falling apart. Small digital camera is completely dead (with new batteries). Placing both my video camera between my arm pits to keep as warm as possible. I’ll have to be selective in what I video tape because the cold will shut down the camera. My 35mm camera is suffering also..75 percent drained and I barely took any photos. Very worried that I’ve seriously damaged my equipment.

11:30 Lots of funny moments. Biggest round of Boos came when Joe Lieberman’s fat head was shown on the large screen. Chants of “traitor” and “Ned, Ned” filled the air. God stuff.

Dick Cheney received NO sympathy as they showed him being wheeled into the ceremony. George looked rather nervous as he walked out…no doubt he heard the round of boos. 12:00 I saw it but I STILL can’t believe it. Barack Obama is now the 44th Presdient of the United States of America! I’m SO happy that I’m standing here at this moment (although I can’t feel my feet).

12:30 What an amazing speech from Presdient Obama. Taking off to try to find a warm place. My feet are really aching and I can barely move. Equpiment is not looking good…I’m not doing so good.

1:00 I never saw so many people at one place at one time. Everywhere I turn, there is a river of people moving in some direction and if you weren’t going in that same direction, you were screwed.

2:10: I think I really messed up my legs. Having a real hard time walking because of the cold but I’m going to see if I can make it to the start of the parade.

2:30: I’m at the start of the parade by the Capitol and crowd was moved out of the way by secret service. A ambulance came to pick someone up (didn’t know at the time that the person being picked up was Senator Kennedy).

3:00: There’s movement at the Capitol and Secret Service informs us that, if the President decides to walk and take autographs, to NOT pull out a pen…that would be seen as a threat.

3:05: President Obama comes out and I can’t believe that I’m standing at the right palce at the right time. Someone asks me which car he is in and I point to his car. He smiles and waves right in our direction. All on video!

3:10: Take a moment to absorb everything that happened and all my luck today. It’s just too bad that my equpiment couldn’t capture everything but I think I have some pretty good stuff. I’m frozen and I’m sure I’m going to pay the price for staying out in the cold for so long but it was worth it.