Say it ain’t so…Chris Dodd encouraged people to donate to Republicans in Congress? 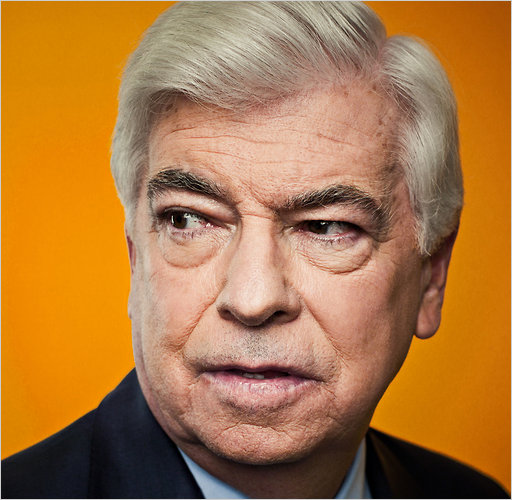 So much for loyalty to the principles of the Democratic Party…

Given the fact that he was driven out of the Washington by misinformation and outright lies from the American Taliban Party, it’s speaks volumes that Chris Dodd is now supporting candidates that are against President Obama and everything the former Senator stood for.

After the Republicans took over the House of Representatives in 2010, Hollywood bigwigs, often stereotyped as liberals, adapted. In order to build clout with the new Congress to help ensure favorable legislation, the entertainment industry started moving its money to Republicans.

The Wall Street Journal chronicled this major shift last year. Now, emails from executives at Sony Pictures Entertainment, stolen in a massive data breach last year and posted in a searchable archive by anti-secrecy group WikiLeaks on Thursday, provide details about how the movie industry — at the direction of a Democrat, ex-Sen. Chris Dodd of Connecticut, who leads the Motion Picture Association of America — sought to quietly raise funds for Republican national party committees.

On January 28, 2014, Dodd emailed executives from major motion picture studios to share two news articles. One revealed that Google had shifted its campaign donation strategy, giving more to Republican lawmakers, and another projected that the GOP would likely perform well in the midterm elections that year.

The articles, Dodd wrote, “underscore the point I’ve been trying to make, which I’m sure you all understand – while loyalty to a person and/or party is admirable, we also need to be smarter about being supportive of those who are and will be in positions to make decisions that affect this industry.”

Dodd in particular encouraged industry executives to donate to Rep. Bob Goodlatte, R-Va., chairman of the House Judiciary Committee, which has jurisdiction over intellectual property and copyright issues important to the movie industry. Dodd evidently had to overcome one hurdle, however: Squeamishness about giving money directly to the National Republican Congressional Campaign, whose goal was to increase the GOP House majority.

In a November 7, 2013, email with “Call from Dodd regarding $$$ for Republicans” in the subject line, Keith Weaver, a senior government relations executive with Sony, wrote:

Chairman Goodlatte has established a new fundraising committee that would allow contributions to his effort WITHOUT giving to the NRCC (all of the studios had the same sensitivity on this as we did). Dodd is likely to call you with this news, tell you that the studio should support with $40k each, and tell you about the tentative date/time for this fundraiser (likely a lunch on 11/22). Our PAC can give $15k, the rest would need to come from individual execs.

At least Joe LIEberman displayed his support for the Republican Party in public…ugh!