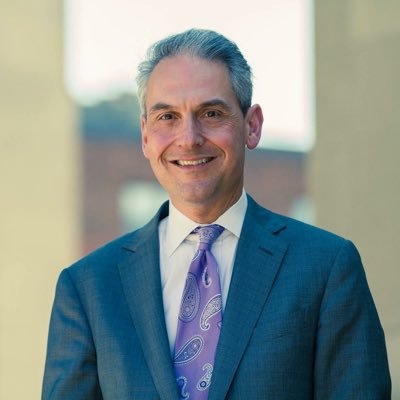 DANBURY, C.T. – Chris Setaro, the Democrat running for Mayor of Danbury, today took aim at efforts by developers to restrict homeowners’ first amendment rights. His campaign discovered language in warranty deeds that legally restrain homeowners and business owners from speaking publicly against developers about their projects.

A statutory warranty deed from Toll CT III for a home on Winding Ridge Way sold in 2016 includes a notice reading:
“As set forth in Paragraph 11 of a Warranty Deed from Woodland Group II LLC to WCI Communities, Inc. … the Grantees’ rights to object, appeal, otherwise influence, or take similar actions regarding the development of other parcels at The Reserve and other property is limited as more fully set forth in said Warranty Deed.”

Master Declaration of the warranty deeds for land in The Reserve reads as follows:

“Grantor conveys the Parcels and the Rights subject to, and by its acceptance of this warranty Deed, the Grantee agrees that it will not for itself, or cause any other entity or individual under its control to, with respect to the Property (as defined in the Master Declaration, as amended)… 1) object before any Commission or agency, 2) take an administrative appeal to a Commission, 3) commence an appeal or other type of lawsuit to a court with jurisdiction over the matter and/or 4) communicate with, or otherwise influence, any person working on behalf of a governmental agency…”

The same language was used in a warranty deed pertaining to Hotel Zero.

“Manipulating homeowners and business owners into forfeiting their freedom of speech is wrong,” said Setaro. “This is a consumer protection issue and it’s not okay. We need a Mayor that can tell the difference. Sometimes there are moral issues that require the attention of elected officials and this is one of them. As Mayor I will oppose clauses of this type as a matter of public policy.”