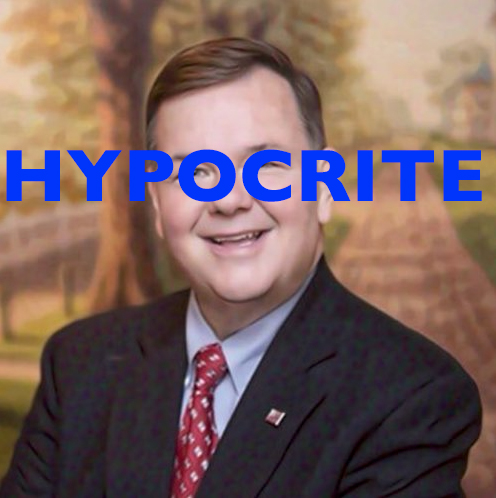 State Rep. John Frey on Monday afternoon said the legislature should break up Eversource, contending that the state’s biggest utility has grown too big to effectively manage large scale response and restoration efforts.

“Here we are, seven days after the power went out, and thousands of residents in my town, Ridgefield, have yet to see their service restored,” said Frey, a Republican who serves the 111th District. “Thousands of others throughout Connecticut are in the same boat, and it seems the story from every community has been the same throughout this ordeal—Eversource has failed to communicate properly with local officials, keeping municipal public works crews sidelined too long while the company scrambled, and failed, to get inspection and restoration teams deployed in an orderly fashion.”

“While this action could be viewed as retaliatory, it is not. Eversource has become a multi-state conglomerate. In addition to providing electric service to 149 Connecticut towns, it also owns the natural gas provider and recently acquired the Aquarian Water Utility. The focus appears to have shifted from the days of the former CT Light and Power. It’s proven that it’s gotten too big to deliver reliable service.”

“There’s little doubt that the complexities of the energy industry combined with regulatory bureaucracy, and even the sheer footprint of the company’s Connecticut customer base, would pose challenges to breaking it up,” Frey said. “But it’s not impossible, and I think my colleagues and I need to have that conversation in Hartford because even the average guy who will be sitting at home in the dark tonight can see that Eversource is so big that its right hand has no idea what its left is doing.”

Tough talk from a guy who sided with the utility companies when the General Assembly tried to reign them in.

It’s outlandish for John Frey to express outrage when he sided with the utility company AND AGAINST accountability when he had a change to make a difference on behalf of his constiuents.

Congrats State Rep Frey, you’re my first choice for hypocrite of the day.